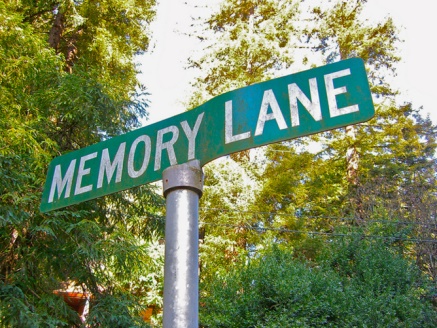 My First Car A tale of health, safety, education, and a little nostalgia

This is the shortened version of this tale.

I don’t know if my Uncle Bern invented the Glass Sided Van, but he had one built. Today they are exemplified by such cars as the Skoda Yeti or the Fiat Doblo. My Uncle Bern’s was based upon a Commer Cob, a small van itself based upon the Hillman Minx. The Minx was considered a reasonably stylish family car in its day, after all it had curved glass windows. The Cob kept the curved windscreen, but little else of the style existed. Windows had been put in the side and a collapsible rear bench seat installed over the load floor. It could accommodate me and six passengers, I’ll let you work out how. My Uncle Bern’s car was bought for me as a 21st birthday present, there was £1 left over. It proved to be a very educational car to own.

Cars of that vintage were keen on auto-recycling in that they tried to return to the iron oxide from which they were fashioned as quickly s they could. There was thus quite a lot of rust to deal with. I tried to apply a traditional technique to the bubbled paint at the top of a wing – knock a hole out back to sound metal, wedge in some expanded metal mesh, fill in with molten lead, smooth over and repaint. The hole turned out to be much larger than expected, the molten lead insisted on running through the metal mesh, smoothing down took forever, as did bringing up a coach quality gloss finish on the Dulux gloss paint I used (that was all I could pinch off my Dad). I learnt why car bodywork repair technicians had a long apprenticeship and the benefit of using fibreglass for repairs.

The sills under the doors were the next to benefit from an attempt to deal with rust. Knocking out again produced considerably bigger holes than expected – more learning. Working upside down on the floor was fiddly, but the ultimate repair looked fairly functional. Unfortunately, the doors no longer closed properly. Why? The car had sagged slightly in the middle. What to do? Learn how to re-hang and re-align car doors. That sorted that out.

Van drivers were tough in those days and weren’t expected to have comforts like heaters in their vehicles. However, personal discomfort wasn’t the only problem, as a long winter drive in very cold conditions showed. That required my passenger to continually scrape the ice from the inside of the windscreen so that I could look out of a little ice-free porthole about six inches across. We arrived, eventually, notwithstanding a bit of sliding about on the ice (You’ll be please to know I shan’t tell you what I subsequently learnt about re-cut tyres). So off to the scrap yard to learn how to take all the requisite heater bits from a decayed Minx. Then refit them in the Cob. Sadly, while this did produce a flow of air where needed, it never got beyond the gently warm. More education on car cooling systems uncovered that radiators had a thermostat in the top of them, perhaps the Cob’s was defective? Who knows, because when I looked for mine, it was absent. On installing one, the whole world seemed a better place, and I could see out of the window in cold weather.

I was also learning about the other mechanicals in parallel with how to keep the body and soul together. The starter motor gradually became reluctant to turn the engine over and I learnt that a tap with a hammer freed it up. At least initially, but no matter as there was a starting handle. However, when the engine developed a tendency to cut out when I took my foot off the accelerator, the absence of a functioning starter motor started to prove awkward. If the engine stalled while waiting to perform a right turn for example, this required my passenger (a very tolerant and flexible woman) to lean across and keep the throttle pedal down just sufficiently for me to jump out with the handle, turn the engine over, and then perform a carefully synchronised handover (or should that be foot-over?) to enable me to keep the engine going and turn right. The climax came during the rush hour when crossing the Tyne bridge in Newcastle to return the passenger to college. There were roadworks and a single lane system in place, so coming to a complete halt and not being able to get re-started was a considerable inconvenience. Fortunately, some of the inconvenienced motorists obliged by shoving us between cones and into the roadworks. On lifting the bonnet, I noticed a strong smell of petrol and then that the bottom half of the carburettor was coming away from the top part. Petrol was not getting to the engine. A quick session with a screwdriver and all was fixed. I had already learnt the lesson that a full toolbox was a required driving companion, along with the passenger. On returning home, I also learnt how to strip down and fettle a starter motor.

As I wrote in the opening, this is an abbreviated version of the many and varied lessons this car taught me. So not only was it my, and my passenger’s, key to freedom and the open road, while keeping most of the rain off, unlike the motorbike it supplanted, it was the most educational £20 I ever had spent on me. I never had much trouble with the MOT. 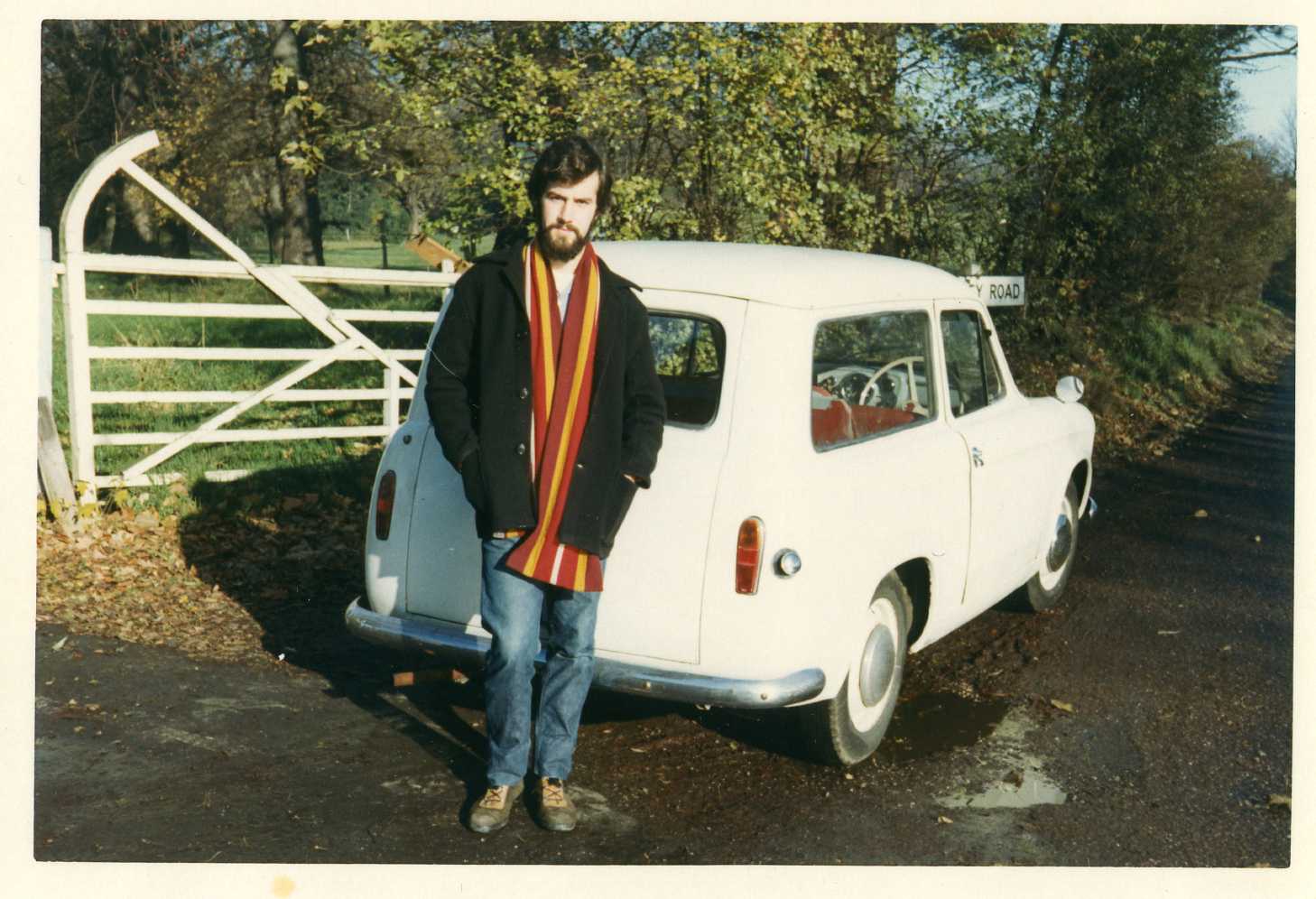 The Author With His Trusty Commer Cob in the 60's

It was a mixture of blue and rust and was bought from my mum’s friend Cherry, a hairdresser who, much to my mum’s horror gave me a crew cut haircut – but that’s another story.. Equipped with my Haynes manual, the first job I undertook was a cylinder-head decoke. Thus began several years learning what I could get away with and what I couldn’t!

For the decoke, I got the engine disassembled with the top half of it neatly arranged on the chest deep-freezer that we (my mum that is) kept in the garage. It worked out as a very good worktop, right up to the point something was needed from the freezer for a meal. I guess the decoke went well as it fired up once it was back together!

Dealing with the rust entailed lots of scraping, wire brushing and the use of Trustran rust inhibitor that turned the rusty metal a deep bluish-black – it also turned a lot of other things a bluish-black, like my skin and the freezer top. Not to worry, bleach sorted both issues out and left my hands lovely and smooth… but do not try this as it does dissolve your skin, literally. Filling the now prepared holes was also loads of fun, attaching wire mesh in place as a frame to spread the filler across using my mum’s pallet knife from the kitchen. Then came the sanding, and sanding and great clouds of filler dust, and… Oops – I wish I’d noticed my mum's washing that was hanging above the freezer to dry.

After the rust removal and filling and sanding came the painting. Painting involves undercoat and because I wanted to paint the car red I used an appropriate undercoat, however after I had finished spraying the car over with the undercoat I now had a pink car… PINK! Just imagine, an 18-year-old lad faced with driving to college in a pink car; needless to say, I took the day off college to start spraying the car red!

Now the garage was a little narrow to get down the sides of the car with the spray gun, so the car was placed on the drive and the spraying ensued. I was quite pleased with the results, ignoring the slight orange peel effect. My mum, however, was not so impressed. I was shocked; I thought I’d done a good job. She wasn’t looking at the car though, she was looking at her drive that now had a nice mini-sized rectangle of pink and red overspray all around the car.

After that, it was pretty much plain sailing. Visiting scrap yards was a regular event and poring through car mags for inspiration for little projects. Unheard of nowadays, but cars often didn't have heated windows so I got a heated rear window kit and installed that. Cars at this time also didn’t have high-level break-lights, so I got some spare breaks and mounted them on the rear parcel shelf so that anyone behind knew without a shadow of a doubt that I was breaking. Next came the two-up-two-down brackets that mounted two high-level high-power spotlights and two low-level fog lights. I realised that when the 60w main beam came on the 55w driving light went off… not after a little rewiring though; when main-beam came on the normal driving light also stayed on. So, woe betided anyone in front of me playing silly beggars.

Throughout my time with my first car, it went from a normal uninspiring blue mini rustbucket... to a bright flame-red light-display rally car lookalike with added Twin SU Carburettors, vacuum-assisted breaks and water heated inlet manifold. We went on many adventures around the country (battling snow drifts on occasion) and it served me very well, giving exhilarating freedom out on the Mold-Ruthin-Snowdon road. 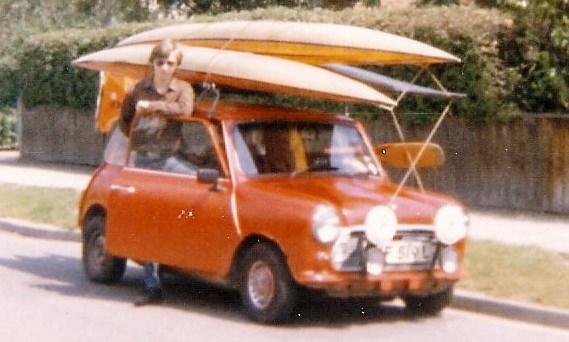