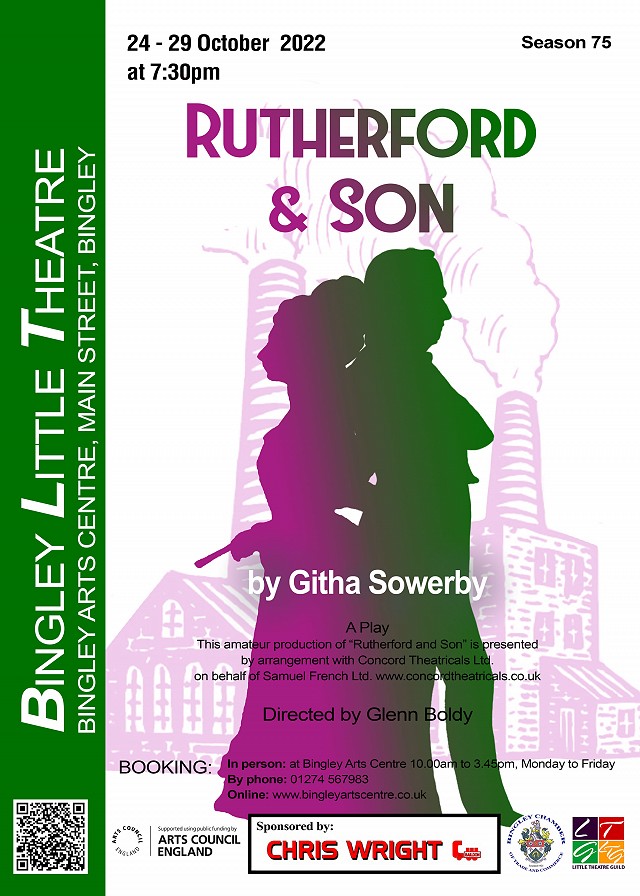 Githa Sowerby’s astonishing play was inspired by her own experience of growing up in a family-run factory in Gateshead. Writing in 1912, when female voices were seldom heard on British stages, she claims her place alongside Ibsen and Shaw with this searing depiction of class, gender, and generational warfare.

In 1885: John Rutherford, a northern capitalist, and the head of the family glassmaking business, wants to pass the

business on to his oldest son, also named John.

After spending time in London, where John Junior marries Mary, a working-class woman,

he returns to the family home with his wife and new baby son. His return disturbs the

balance of power: his homecoming is a catalyst that will have far reaching consequences

for all the family.

In the family home, Rutherford Senior rules with absolute authority and his will is

imposed with a rod of iron. He tyrannises a household that includes his sister Ann, and

his other children, Richard, a curate, and the unmarried Janet.

The family business is ailing. Rutherford is having to placate the banks and an impatient

board of directors. He is under pressure to ensure the survival of the company.

Is there a way out?

The ensuing power struggle between the tyrannical father, his children and his faithful

The world as Rutherford knows it is changing: the hierarchy is shifting and the

relationship between a dominant Victorian father and his more liberal Edwardian children is being challenged.

Each of the family siblings wants to free themselves from the suffocating prison that is their family home. But will

FOR MORE INFORMATION CLICK ON THE LINK  Bingley Little Theatre

TO BOOK YOUR TICKETS